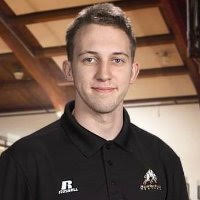 Jon is currently an assistant coach with the University of Winnipeg Men's program. Jon is also an assistant coach with the 17U Male Provincial team for Team Manitoba (Includes National Championship 2013-14). In previous years, Jon spent two years with the University of Manitoba as an assistant coach, he was also the head coach of the John Taylor Collegiate Junior Varsity Boys team for four years (Includes two JV provincial championships: 2010-11, 2013-14) - now most recently joining the varsity team for the 2015-16 season. Jon includes experience at the youth club level - founding his own training academy (Manitoba Basketball Academy) and leading and assisting in multiple basketball camps. Video work includes working for FIBA, Canadian Junior National Men's Team 2014 (Provided personnel reports) and FISU World University Men's Team 2015 (Provided advance reports)... Jon has video experience in the following programs: Synergy, SportsCode, and Sideline Sports XPS. Jon is pursuing his Kinesiology degree at the University of Winnipeg. To contact Jon, please email him at CoachGiesbrecht@gmail.com 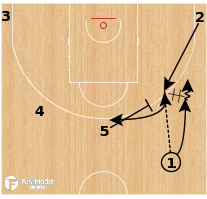 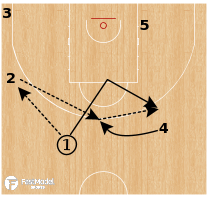 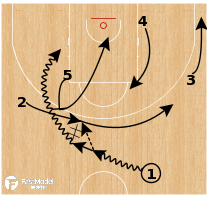 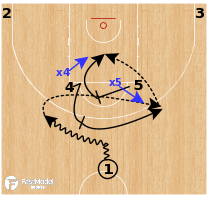 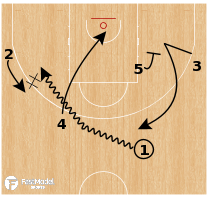 Boston Celtics - I like this set a lot... Particulary how Bradley (2) dives to rim when Horford (5) pick and pops... Bradley's man ready to stunt Horford's pop. See More 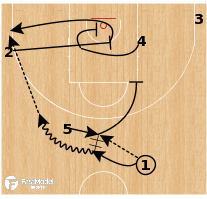 Interesting wrinkle... Looks as if the action with get in to STS (Little-Big Cross Screen, Big-Little Down Screen) except Jimmy Butler guarding Avery Bradley (2) cheats the screen... Avery comes off of the same side and is wide open... See More 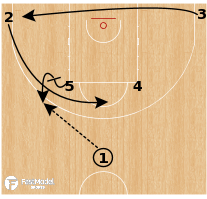 Boston Celtics: Over Under DBL Pin 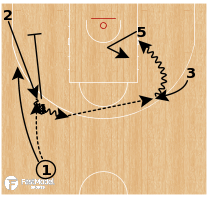 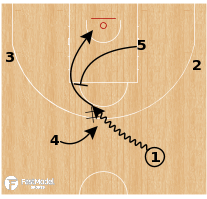 The Boston Celtics have ran this play a few times during the first few games of the season. If 2 uses the cross screen from 1, 1 comes off the pin-down from 4 - becoming STS action. See More 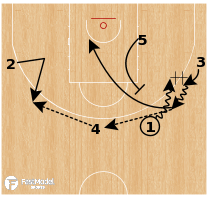 In the first few games of the NBA season, the Celtics have ran this set a couple times per game... In this instance, Thomas (1) receives ball and drives off the back of Bradley (2) for a finish at the rim... See More 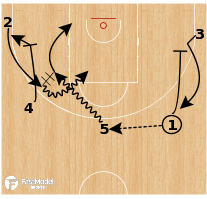 As I have added 5 Out Same - This is another entry the Boston Celtics use to get into their motion... See More 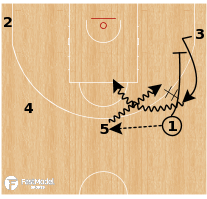 In the first few games of the NBA season, the Boston Celtics have played 5 Out Offense. I have attached a few diagrams of what it looks like. I call it 5 OUT SAME - because they initiate their offense with action on the first side of the floor. Essentially, the action consists of guard to guard screening action resulting in a side pick and roll (or DHO). See More 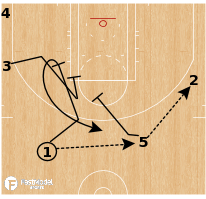 Miami Heat ran this against the Toronto Raptors late in third quarter (Game 7) to get Dragic in Middle Ball Screen. Ultimately Winslow (4) gets catch and shoot 3pt. See More 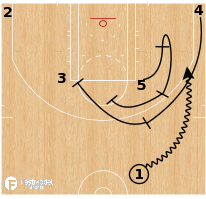 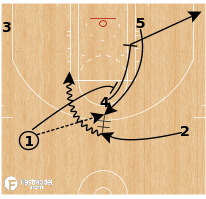