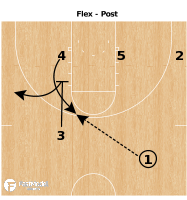 This play was run at the 5:51 mark of the 2nd half against UNC in the Championship Game of the ACC Finals. Great action to isolate your Guard in the paint or get a quick flash back from the screener. See More 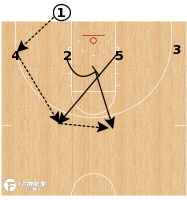 Here is a flex BLOB used by Oklahoma. Instead of raising up the lane line like they do sometimes, this time they screen with the guard first. See More 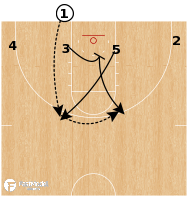 This baseline out-of-bounds play has been used all over the Big 12. Having Buddy Hield flash up and be the pass to make the decisions on the flex actions makes it difficult for opposing teams to guard. Hield can shoot, take his man off the dribble, or make the correct pass. See More 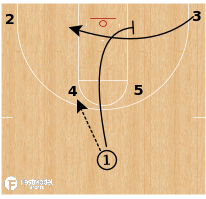 Horns flex entry into a post up for a big man to seal. See More 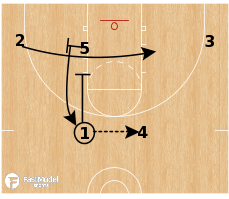 Here is a set from the 2015 Eurobasket tournament by the Slovenia National Team. It uses the flex as a false action to set up the ball screen. See More 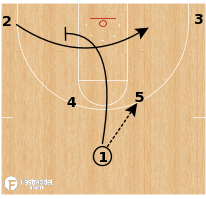 Flex action out of the Horns Series. See More 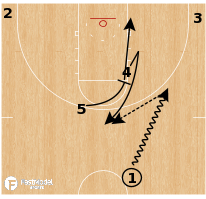 This was a beautifully run set coming out of the timeout for Valparaiso. It presents many options, but if the backdoor cut from the flex screener is open, that is a high percentage look. See More 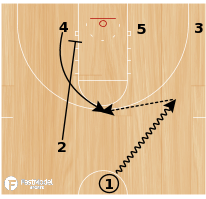 This was a great read out of the timeout by Tony Bennett and Malcolm Brogdon. He anticipated the defender going on top of the flex screen instead of under and used the screen instead to get an open three-pointer. This is yet another set to get an easy look for your players off of a read. See More 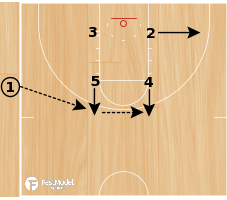 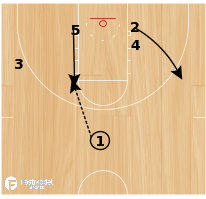 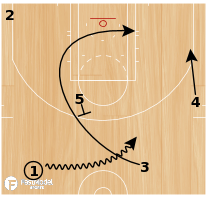 This was a nice set coming out of a timeout for the Thunder to get Kevin Durant an open three pointer. While it was not the first option (Ibaka going across the flex screen for an open layup was), they ran the progression and Durant got the look he wanted. This set was also made better because of the solid screen Steven Adams set. See More 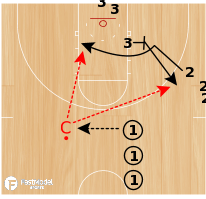 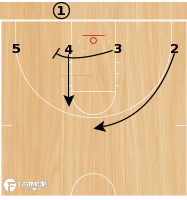 There can’t be a better feeling for a coach when they run a play that gets the highest percentage shot in basketball. This is a great set by North Florida for a lob or layup. The player on the strong side block simply pops up to the elbow while the player in the strong side corner receives a flex screen. If you are playing a team that does not like to switch or zone on their inbounds defense, this would be a great set to incorporate. See More 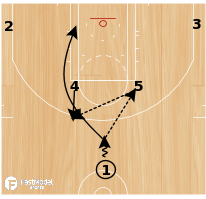 Horns entry into a flex look to get 3 or 1 coming off a pindown from 5. See More 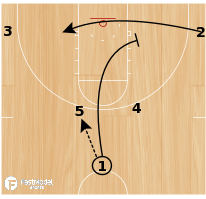 This is the very common horns flex action that most teams run. Romelo Trimble runs through the two high post bigs and for the flex cut and returns to the top for a dribble handoff. The flex cutter then uses and staggered screen on a zipper cut to catch and shoot. See More