Alyssa Thomas had 20 points and 14 rebounds, and the sixth-ranked Terrapins established command soon after the

Alicia DeVaughn scored 14 and Laurin Mincy had 13 for the Terrapins, who never trailed after yielding the game's first point. Maryland led 11-1 after 4 minutes, 53-29 at halftime and 73-40 with 10 minutes to go.

Last month, Maryland needed overtime to squeeze out a 78-72 win at North Carolina. This time, the outcome was apparent almost immediately.

"We were really able to dominate right away," Terps coach Brenda Frese said. "I thought we came with the knockout punch early that they were never able to recover from."

The victory pushed the Terrapins into a third-place tie with Georgia Tech in the Atlantic Coast Conference, although Maryland (24-4, 11-4) gets the tiebreaker by virtue of its sweep of the Yellow Jackets. The top four teams receive a first-round bye in next week's ACC tournament.

After beating Duke and North Carolina in the span of six days, the Terrapins are riding a hot streak at just the right time.

"This is how you want to finish," Frese said. "You want to be peaking come March, and this is where this team is at."

The Terps will head to Greensboro, N.C. next week for the ACC Women's Basketball Tournament, which begins Thursday. Their seeding, game time and opponent will be announced later this weekend or early next week.Â Check umterps.com for the latest information.

This play, from the Maryland FastDraw playbook, isolates a post using a variety of screens.Â  The video below shows Long Beach State University's men's team executing the play in a game situation: 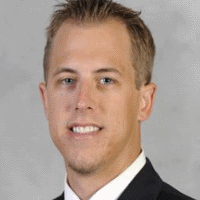